The Dark Side of the Butt!

Beam has provided us with a very entertaining puzzle today, with a number of near-the-knuckle laughs along the way.

1a    Part of speech, ‘for richer, for poorer’ (11)
{COMPARATIVE} – this part of speech expresses a higher degree of a quality, but not the highest possible – otherwise it would have to have been “for richest, for poorest”!

9a    Education that is provided first by special schools (7)
{EDIFIES} – a charade of ED(ucation) and the abbreviated Latin for “that is”, the latter preceded by a synonym for provided and followed by S(pecial), gives a word meaning schools or enlightens

10a    This helps through giving renewed ardour initially! (6)
{VIAGRA} – this all-in-one clue builds a drug used in treating impotence from the Latin for through followed by the initial letters of three of the words in the clue – ROTFL :roll:! 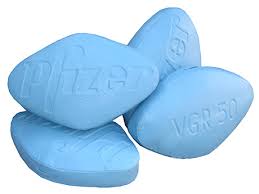 14a    ‘I will’, shortly to be heard here? (5)
{AISLE} – a word that sounds like the abbreviated form of “I will” is where those words can be heard during a wedding 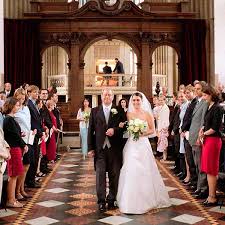 15a    Curse Devil, then Church is back in charge (9)
{IMPRECATE} – this verb meaning to curse is built up from a little devil followed by the Church of England reversed inside a charge or price

20a    Conservative member’s ascent (5)
{CLIMB} – C(onservative) is followed by a member, such as an arm or leg to get an ascent

24a    One, for example, in between (7)
{INTEGER} – one is an example of this type of number – put the abbreviation of “for example” inside a word meaning between

25a    Provide a couple of fines joining ring road (6)
{AFFORD} – a word meaning to provide comes from a charade of A, a couple of Fines, as in grades of lead pencils, O (ring) and the abbreviation of road

27a    Secret family fortune’s endless with eye-opener (11)
{CLANDESTINE} – this adjective meaning secret is a charade of a Scottish family, a fortune without its final Y (endless) and the initial letter of Eye (Eye-opener)

3d           Stranger sound following exercise clutching huge behind (9)
{POSTERIOR} – the last part of this word sounds like stranger (well, it does for me anyway!) – preced this with Physical Exercise around a huge clothes size to get a synonym for behind

5d           ‘Plod’ apprehends, catching one with Ecstasy (7)
{TRAIPSE} – this word meaning to plod has nothing to do with PC Plod – put a word meaning apprehends or catches around I (one) and follow up with E(cstasy)

7d           Wandering through Italy, sorry, not hot (11)
{PERIPATETIC} – this word meaning wandering or itinerant is a charade of through, I(taly) and a word meaning sorry or pitiable without the H (not Hot) 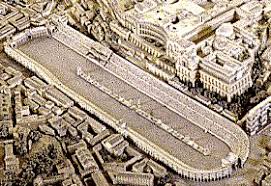 18d         Little hard with coal perhaps lacking energy (7)
{HANDFUL} – a little amount is a charade of H (Hard – it’s those lead pencils again!), a synonym for with and finally what coal is an example of without the E(nergy)

19d         Show bottom around mid-evening thus producing wind (7)
{MONSOON} – put a word meaning to show one’s bottom, possibly out of the window of a moving vehicle, around N (mid-eveNing) and a synonym for thus to get a seasonal wind of the Indian Ocean 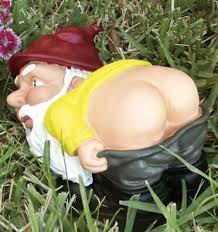 20d         Tongue lash, in the manner of Navy (7)
{CATALAN} – this tongue or Romance language closely related to Castilian Spanish and Provençal is a charade of a lash used for punishment (3), a French expression meaning in the manner of (1,2) and finally the N(avy)

Beam gets the New Year Toughies off to an excellent start.  I particularly like 19d!