No doubt about it today – Ray T’s trademark clues are all here. There are a handful of the two-word answers which are a recent addition to his repertoire. A very enjoyable puzzle (for most of us!).

1a    Drink ale, imbibing volume before time (8)
{BEVERAGE} – a liquid for drinking is constructed by putting an ale around V(olume) and before a period of time

5a    Reserve head of state, admitted, is not thick (6)
{SPARSE} – put reserve or additional around (admitted) S (head of State) to get a word meaning not thick

9a    Skip first course to see film (4,4)
{DUCK SOUP} – a charade of to skip or avoid followed by a first course of a meal produces a classic Marx Brothers film

10a    Boot that is needed following flood? (6)
{WELLIE} – this informal word for a boot is derived by putting the Latin abbreviation for “that is” after a verb meaning to flood or flow

12a    It helps to keep locks secure (4,5)
{HAIR SLIDE} – a cryptic definition of a hinged clasp worn in the locks

24a    Beasts try turning back regarding head of sorceress (5)
{OGRES} – thee beasts are a charade of a try reversed (turning back), a short word meaning regarding or concerning and S (head of Sorceress)

28a    Protect from rudeness about American by English (8)
{INSULATE} – a verb meaning to protect, possibly from cold weather, is derived by putting rudeness around A(merican) and before E(nglish)

30a    Dutiful, seeing Queen in opening of Royal Show (8)
{REVERENT} – a synonym for dutiful is built by putting ER (Elizabeth Regina / Queen inside R (opening of Royal) followed by a show

1d    Initially believers, usually devoted, deem him ‘awakened’ (6)
{BUDDHA} – in this all-in-one clue, the initial letters spell out the founder of a religion of spiritual purity

2d    ‘Two Little Boys’ one has to suffer! (6)
{VICTIM} – the shortened versions of the names of two boys combine together to give one who has to suffer 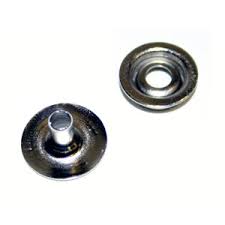 8d    After flat, can start to gallop, horse-riding (8)
{EVENTING} – a charade of flat or level, a can and G (start to Gallop) an equestrian sport in which competitors must take part in each of several contests 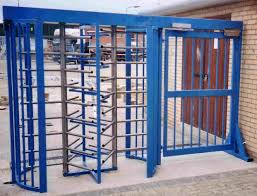 17d   Support American in El Paso, perhaps (8)
{ESPOUSAL} – the act of supporting a cause comes from an American inside an anagram (perhaps) of EL PASO

21d   In anger, even getting satisfaction (7)
{REVENGE} – hidden inside the clue is satisfaction that is best served cold!

Marginally tougher than today’s Toughie?  What do you think?