“Fits and starts” is a description of my progress with this puzzle. I started pretty well in the NW corner and then confidently wrote in “antiepileptic” for 7d, only to hit a brick wall later when I came to 18a and 23a. I eventually sorted that out and forged ahead again, but took ages for the final few answers in the NE corner. It was a very enjoyable challenge (with only two anagrams, which is a definite plus point for me).
Let us know how you liked it in a comment and please remember to vote by clicking on one of the stars below.

1a  The French held in disdain by English survey (11)
{CONTEMPLATE} – a verb meaning to survey is formed by putting a French definite article inside a synonym for disdain, then finishing with E(nglish).

10a  Sound of horse’s refusal? (5)
{NEIGH} – the noise a horse makes sounds like a refusal. I’m not really convinced by the clue. I realise that it has a question mark, and so presumably some licence is allowed, but if “sound” is being used to describe the horse’s noise, then where is the homophone indicator? 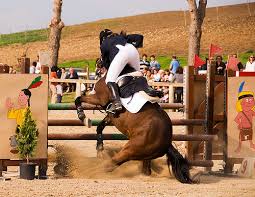 11a  Setter almost glowed in severe shame (9)
{DISHONOUR} – the definition is shame. Put a pronoun identifying the setter and a verb meaning glowed without its final E (almost) inside an adjective meaning gloomily severe.

12a  Ordering beer in at around one, getting drunk (9)
{INEBRIATE} – an anagram (ordering) of BEER IN AT goes round I (one).

13a  Carpenter perhaps, by chestnut tree (5)
{BEECH} – the perhaps indicates that carpenter is an example of something, in this case an insect. Add the abbreviation for chestnut (as used in racing to describe a horse’s colour) to make a tree.

14a  Sitting in against losing work (6)
{POSING} – “sitting in” can be expanded to “sitting can be found in”, so we need to remove (losing) the abbreviation for work from an adjective meaning against to leave a synonym for sitting.

18a  With small talk, Sun slings mud (8)
{SPATTERS} – a charade of S(mall), rapid talk as used by a salesman and S(un) produces a verb meaning to splash with mud or liquid.

20a  Right looking for support in the House (6)
{RAFTER} – House is given a capital H to misdirect (and to make the surface reading smooth). This support is found in nearly every house. Start with R(ight) and add a preposition meaning looking for or in pursuit of.

23a  Harmony from second half of disc by Queen (5)
{ORDER} – the definition is harmony, i.e. a state in which everything is in its appropriate place. Put the last three letters of a disc in front of the abbreviation of the Queen’s name.

24a  One remembers moments in recollection (9)
{MNEMONIST} – an anagram (re-collection) of MOMENTS IN produces someone with a good memory.

26a  Right away socialist leader Brown’s in between (9)
{INSTANTER} – right away is not an instruction to remove an R but is the definition. We want a legal term meaning without delay, and to get it we put S(ocialist) and a synonym for brown inside a prefix meaning between.

27a  Animal in river (5)
{HIPPO} – I love this simple clue. We want a beast which does spend most of the day in rivers or mud in order to keep cool, but which has been described as the most dangerous animal in Africa. Put together an informal adjective meaning stylish or trendy (in) and an Italian river.

28a  In view of bank taken by criminal gang (11)
{CONSIDERING} – the definition is in view of. Put a bank (of a river, say) between an abbreviation of a criminal and a gang.

2d  Popeye’s companion Bluto’s ultimate experience (5)
{OLIVE} – the forename of Popeye’s beloved is the ultimate letter of (Blut)O followed by a verb meaning to experience. I hope that this pin-up picture isn’t too racy!

4d  Over with silly point always at the centre (6)
{MIDWAY} – the surface is all about cricket, which is appropriate with the first Test Match starting late tonight (our time). Reverse (over with) an adjective meaning silly and add a cardinal point and an archaic word for always.

6d  Extremely large hostelry used to open functions (7)
{TOOLBAR} – with modern operating systems you normally have one or two of these on your screen, containing icons which you can click on to invoke (open) functions. Start with an adverb meaning extremely and add L(arge) and a place to buy booze (hostelry).

7d  Drug that helps to stay fit! (13)
{ANTISPASMODIC} – isn’t it galling when you understand what’s required and still manage to get the wrong answer? Stay, here, is a transitive verb meaning to stop or prevent, so what we need, from this cryptic definition, is a type of drug used to prevent fits. Hint: it’s not antiepileptic.

8d  Work very energetically initially in short time (8)
{MOVEMENT} – the work we want is a distinct part of a musical composition. Put V(ery) and the first letter (initially) of E(nergetically) inside a brief period of time.

9d  Score from outside right’s headers, helping outside box (13)
{ORCHESTRATION} – the definition is score and it continues the musical theme. It comes from the first letters (headers) of O(utside) and R(ight) and a helping or portion surrounding (outside) a large box.

15d  Careless keystroke holding BlackBerry? (8)
{SLAPDASH} – Blackberry is an example (the reason for the question mark) of the type of personal device which goes inside a punctuation mark (keystroke) to make an adjective meaning careless.

17d  Burns writes about first character of mouse (8)
{CREMATES} – you’re meant to think of Robert Burns and the wee timorous creature, but that’s a complete red herring. Put a verb meaning writes or brings into being around the first letter of M(ouse).

19d  Twister’s in stir following bust (7)
{TORNADO} – a meteorological phenomenon which is known informally as a twister in North America is formed from a stir or fuss which comes after a past participle meaning bust or broken.

21d  Variant found in DNA, not hereditary (7)
{ANOTHER} – this variant is found in the clue.

22d  About a rose, sort of rose (6)
{REARED} – with two occurrences of rose in a down clue you’d expect a reversal to feature, but no – the definition is rose as a verb. It’s a charade of a prefix meaning about, A and a sort of rose (the flower this time).

25d  Japan missing top winning score in judo (5)
{IPPON} – my time spent watching obscure sports in the Olympics has not been entirely wasted after all. Remove the first (top) letter from how the Japanese refer to their own country to leave a perfectly executed move in judo.

The clues I liked included 14a, 20a, 6d and 7d (in spite of the problems it gave me), but my favourite, for its sheer simplicity, was 27a. Let us know what you liked in a comment.