Toughie No 462 by Notabilis

The Master at work!

Tilsit has sneaked back to hospital for a few days – you just can’t keep him away from those nurses!  The good news is that he has already lost five stones in weight.  The bad news, for Tilsit, is that he has missed out on reviewing this puzzle.

Once again Notabilis has given us an excellent Toughie. This time it’s not as difficult as some of his earlier puzzles, but the quality shines through.

1a    Aromatic plant no good in borders of large swamp (5,5)
{LEMON GRASS} – this aromatic plant is built up by putting NG (no good) somewhere inside LE (the borders of LargE) and a swamp 11a    Distress is said not to be professed (3-6)
{SOI-DISANT} – an anagram (distress) of IS SAID NOT gives an adjective, originally French, meaning professed or self-styled

13a    Perhaps prevent household litter fragment (7)
{SNIPPET} – split this fragment as (4,3) and you get a way to prevent dogs or cats from producing a “litter” 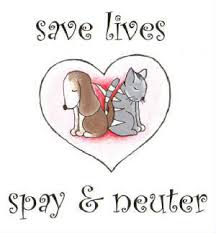 18a    Condition of tramp steamer carrying very much like new product ranges (12)
{SLOVENLINESS} – this one needs you to separate tramp from steamer! – the condition that describes a tramp is built up by putting a steamship around (carrying) a word meaning to very much like, N(ew) and product ranges

24a    Southern shopping centre tolerated, not of high calibre (5-4)
{SMALL-BORE} – a charade of S(outhern), a shopping centre and a word meaning tolerated gives a description of a firearm with a barrel having a calibre of not more than .22in

27a    Part of race row danger in desert? (10)
{HEATSTROKE} – a charade of an eliminating round in a race and word meaning to row in the lead position gives a condition that is a danger in a desert

2d           Mother upset Hamlet, say — she’s beside herself (6)
{MAENAD} – start with a shortened form of mother and then reverse (upset) the nationality of Hamlet to get a female follower of Bacchus – a woman who is beside herself with frenzy 7d           A pot’s stirred with one? (8)
{TEASPOON} – a brilliant all-in-one clue where the whole clue describes an item that is an anagram (stirred) of A POT’S and ONE – some might object to the anagram indicator being in the middle of the fodder, but I loved it!

8d           Bent posture, getting pressure for the first time (8)
{APTITUDE} – a bent, in the sense of a natural ability, is derived by starting with a word meaning posture and putting a P(ressure) instead of the first T(ime)

9d           Collar without filth? (8,6)
{CITIZEN’S ARREST} – a cryptic definition of collaring a criminal without the help of the police

17d         Computing pioneer has nothing on Net (8)
{LOVELACE} – the daughter of Lord Byron, who became assistant to Charles Babbage and worked with him on his mechanical computer is a charade of a score of nothing in tennis and a fine open fabric of cotton or silk (net) 20d         This light is to be converted, to be agitated (6)
{SEETHE} – split this word meaning to be agitated as (3,3) and follow it with light and you get the feeling experienced when you solve this clue

An embarrassment of riches among which I particularly enjoyed 13a, 7d, 9d and 20d.