Toughie No 455 by Busman

I’d rather take the train!

Once again Busman delivers a Toughie puzzle at the easy end of the spectrum. I didn’t like this any more or less than today’s regular cryptic.

1a    Artist or doctor at excavation returning a single nail (10)
{MODIGLIANI} – this artist is a charade of a Medical Officer, an excavation, and I (single) NAIL reversed

9a    Music article presented by paper (4)
{RAGA} – is it fair to define this traditional Hindu musical form, a rhythmic or melodic pattern used as the basis for improvisation, as just “music”? – the indefinite article comes after a low-quality newspaper

10a    Pirate team showing some beef (10)
{SILVERSIDE} – a charade of Long John, the pirate from Treasure Island, and a team gives this cut of beef taken from the rump

21a    Crack cocaine, note, a bad habit (7)
{CREVICE} – this crack in a rock is built up from C(ocaine) the second note of the scale in sol-fa notation and a bad habit

27a    Equip hoary tutor with weapons for final battle (10)
{ARMAGEDDON} – a charade of to equip with weapons, hoary or elderly and a university tutor gives the great symbolical battlefield of the Apocalypse, scene of the final struggle between the powers of good and evil

4d           Novel announcing praise for sports hall (4,3)
{LORD JIM} – this novel by Joseph Conrad sounds like it could mean praise for a sports hall 15d         Discarded items sculpted by artist and priest (5)
{SCRAP} – a heap of discarded items are a charade of SC (Sculpsit, he sculpted), the usual Royal Academician and a P(riest)

19d         Diamonds hounds found in coolbox (7)
{ICEPACK} – a charade of diamonds and a group of hounds gives gel-filled bag that remains frozen for long periods, for use in a cool box – cool box as one word is yet another departure from Chambers! 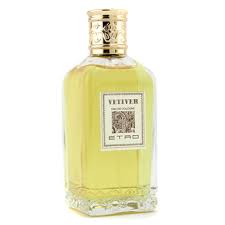 26d         Time Ike suggests? Not half! (4)
{HOUR} – this time is a tooth-sucking homophone of the second part of the surname of Dwight D Eisenhower, aka Ike – back in those days we didn’t have slogans like “Change” – it was “I like Ike” and “All the Way with Adlai (Stevenson)”

This is quite funny in retrospect!  Dick is, of course, Richard “Watergate” Nixon

Let’s hope they get tougher as the week progresses.