From some of the General Knowledge type answers today it looks as if one of the mystery setters from Thursdays has been re-assigned to Tuesdays. I’ve given this one four stars for difficulty – this means that it’s my opinion that it’s a bit more difficult than the average Telegraph Cryptic (and quite a bit more difficult than yesterday’s which I would only have given one star). But, especially after the discussion yesterday, I would like to reiterate that this is just my personal opinion – it’s not written in stone and you are perfectly at liberty to disagree.
There are an awful lot of abbreviations used in this puzzle (see 1d) and, to be honest, by the time I finished writing the review I was a bit fed up with writing the word abbreviation. Let us know what you thought in a comment.

1a  Untrue earth’s damaged in game offering prize? (8,4)
{TREASURE HUNT} – an anagram (damaged) of UNTRUE EARTH’S leads to a game in which the objective is to find a hidden prize. It was also the name of a TV series in which the main attraction was the sight of Anneka Rice leaping in and out of a helicopter.

9a  Company initially incorporated in a drink staff on board? (5,4)
{CABIN CREW} – these are the people who attend to the needs of the passengers on board an aircraft. Start with the first letter (initially) of Company, then put the abbreviation for incorporated inside A and a drink (of tea or beer).

10a  Official companion getting appearance (5)
{CHAIR} – an official who is in charge of a meeting or a committee is a charade of the abbreviation for a companion of honour and a synonym for appearance.

12a  Short time weaving near the loom (8)
{THREATEN} – a verb meaning to loom or to approach in an unpleasant manner is the initial letter (short) of Time followed by an anagram (weaving) of NEAR THE.

13a  Lieutenant skirts a Roman road in country (6)
{LATVIA} – the name of a Baltic country is the abbreviation for lieutenant around (skirts) A followed by the latin word for road.

15a  Standing pier gets demolished (8)
{PRESTIGE} – the definition is standing or good reputation, and it’s an anagram (demolished) of PIER GETS.

18a  Male has trained around yard dog (8)
{SEALYHAM} – an anagram (trained) of MALE HAS goes around Y(ard) to make a breed of terrier of Welsh origins.

21a  Good artist, fellow appropriate to lead one drawing on wall (8)
{GRAFFITI} – this is a drawing on a wall (or, more correctly as it’s a plural, drawings on a wall). String together G(ood), a member of the Royal Academy (artist), F(ellow), a synonym for appropriate and I (one).

23a  Animal better reared in a US city (6)
{ALPACA} – we want a South American animal, valued for its wool. Put a verb meaning to top or better reversed (reared) inside A and the abbreviation for a large US city.

26a  Have break about lake in front of a cross (5)
{RELAX} – the definition is have break or take a breather. Just build the word using the instructions in the clue.

27a  Story about male accompanied by frivolous sort of publicity (9)
{LIMELIGHT} – this synonym for publicity derives from an old type of illumination used in the theatre. Put a fictitious story around M(ale) and add another word for frivolous.

28a  Part of course with man beset by wild dogs requiring emergency vehicle (5,7)
{GREEN GODDESS} – this is an affectionate name for a type of ancient appliance which used to be wheeled out whenever the firefighters went on strike. Start with the part of a golf course that has a hole in it and add an abbreviated man’s name inside an anagram (wild) of DOGS.

2d  English bachelor staying in mean joint (5)
{ELBOW} – start with E(nglish) and then put B(achelor) inside (staying in) an adjective meaning mean or base to make a joint.

3d  Past railway containing appeal and no fake feeling (9)
{SINCERITY} – the quality of genuineness or honesty (no fake feeling) is built from an adverb meaning past followed by the abbreviation for RailwaY around a short word for personal magnetism or sex appeal.

4d  Republican period brought up? Not common (4)
{RARE} – after R(epublican) reverse (brought up, in a down clue) a period.

7d  Old coin, distant object (8)
{FARTHING} – combine synonyms for distant and object to make a pre-decimalisation coin worth about 0.00104 of a pound. 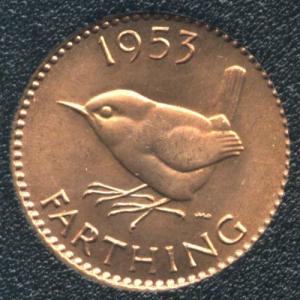 8d  Publicity in church for pop musician (6)
{PRINCE} – start with PR (which can stand for either public relations or press release, but I’m not sure that either is the same as publicity) and add IN and the abbreviation for the Church of England to make the pre-graphical name of a pop musician.


14d  Excessively describing seismologist’s research trip? (2,1,5)
{TO A FAULT} – a phrase meaning excessively is literally where a seismologist may go to investigate a fracture in the earth’s crust.

16d  Young male professionally engaged in stalls? (6,3)
{STABLE LAD} – the stalls here are those found at a horse trainer’s establishment, and this type of worker is not always young and very often not male.

17d  Sweet office worker, calm and with energy (8)
{PASTILLE} – this sweet, designed to be sucked, is the abbreviation for a personal assistant (office worker) followed by a synonym for calm and E(nergy).

18d  Almost take action against man being overly sentimental (6)
{SUGARY} – start with all but the last letter of a verb to instigate legal action against someone and follow this with a man’s name (though how you’re supposed to work out what this is from the wordplay is beyond me!) to make an adjective meaning excessively sentimental.

20d  Author not half enthralled by positive Roman writer of old (7)
{PLAUTUS} – put exactly half of the word author inside (enthralled by) a positive sign or point to make the name of a Roman playwright who died in 184 BC.

22d  Official turns up around nine, dodgy figure? (5)
{FIXER} – an abbreviation for the man with the whistle (official) is reversed (turns up, in a down clue) around the Roman numeral for nine to make someone who makes arrangements of a devious kind.

24d  Old German’s point of view (5)
{ANGLE} – double definition, the first being a member of the Germanic tribe who settled in parts of England in the 5th century AD.

25d  Choking conditions beginning to scare cat (4)
{SMOG} – choking conditions which were common in our major cities before the Clean Air Act was passed in 1956 are the first letter (beginning) of S(care) followed by a slang term for a cat.