When I logged on to CluedUp this morning I thought that we weren’t going to have a puzzle today as the home page was still pointing at yesterday’s. But I eventually found today’s, disguised as number 26. It’s a typical Giovanni, with one nod towards today’s date. Let us know your thoughts about it in a comment.
If you’re still stuck for an answer after reading the hint just highlight the space between the brackets under the relevant clue.

9a  A story containing very little that’s dynamic (5)
{ALIVE} – put a little of V(ery) into a fictitious story.

10a  Noticing changes, getting round in disguise (9)
{INCOGNITO} – the definition is in disguise. It’s an anagram (changes) of NOTICING which is followed by a round letter.

11a  European bar keeps heavy drinker outside (7)
{FINNISH} – a proverbial heavy drinker goes round a drinking establishment (bar) to make a Northern European.

13a  Money put into education (5)
{DUCAT} – an old gold or silver coin is hidden in (put into) the clue. I always feel vaguely dissatisfied when a hidden word is wholly within another single word rather than bridging two or more words.

14a  One coming in settles public grants (9)
{SUBSIDIES} – put I (one) into a verb meaning settles or sinks (which you hope your house won’t do) to make public grants.

16a  Hot fun, pay having been organised with energy — as a result of this request (1,5,3,3,3)
{A PENNY FOR THE GUY} – a topical clue for today. An anagram (having been organised) of HOT FUN PAY and ENERGY produces a request which you don’t hear on our streets as much as you used to.

19a  Great passion shown by Heath? ‘Wet’, I fancy! (5,4)
{WHITE HEAT} – an anagram (fancy) of HEATH WET I produces a phrase meaning an intense degree of emotion. It was actually Ted Heath’s political opponent Harold Wilson who made a famous speech linking this to the technological revolution.

21a  Warrior in army entertained by sailor (5)
{TATAR} – put our part-time army inside a common term for a sailor (at least in Crosswordland) to make a member of an Eastern ethnic group which is loosely extended to include the Mongols and other warriors who conquered most of Asia and parts of Europe.

25a  One stealing something from an Assam plantation? (3,4)
{TEA LEAF} – cryptic definition of the Cockney rhyming slang term for a thief.

27a  Rushes endlessly to save vessel in storm (9)
{HURRICANE} – a synonym for rushes or makes haste has its final S dropped (endlessly), then it has a vessel inserted (to save) to make a violent storm.

2d  Superhuman bishop, a particular sort of Greek (6)
{BIONIC} – put together B(ishop) and an inhabitant of an area off the west coast of Greece to make a description of someone with parts of his body replaced by electronic devices (at a cost of six million dollars according to the TV series). The downside is that he has to pack a can of WD-40 along with his toothbrush. 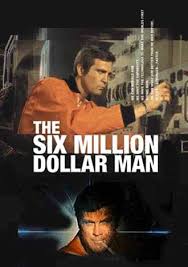 3d  Opposition about? Subsequently position is held (10)
{RESISTANCE} – the definition is opposition. Start with a prefix meaning about and follow this (subsequently) with a position or way of standing inside which (held) goes IS.

4d  They’re out to make sure boarders get enough rest (6)
{LIGHTS} – cryptic definition of what have to be put out at bedtime in a school dormitory, for example.

5d  Namely, something to remove surface marks? (8)
{SCRUBBER} – this is an all-in-one clue. Put an abbreviation meaning namely (from the latin scilicet) in front of something used to remove marks on paper to make an implement used for cleaning.

6d  Periods in which Tangiers’s characters regularly go out (4)
{AGES} – remove the odd letters (regularly) of Tangiers to leave periods.

7d  Speaking at length, making taunt about dead language (8)
{DILATING} – the answer is a present participle meaning expanding, expounding or speaking at length. Put a taunt or jibe around a dead European language.

13d  Oppressive burden? The old man with little energy inside needs to hang on, we hear (4-6)
{DEAD-WEIGHT} – an oppressive burden or albatross is formed from a relative (the old man) with E(nergy) inside followed by a sound-alike (we hear) of a verb meaning to hang on or bide one’s time.

15d  Experiencing big trouble, like Marat finally? (2,3,5)
{IN HOT WATER} – double definition – a phrase meaning in big trouble and where the revolutionary journalist Jean-Paul Marat was when he was murdered.

17d  English girl joining army, maiden cut out to be a spy (8)
{EMISSARY} – I was surprised to find, in Chambers, that this word can mean a spy – its normal meaning is someone on a diplomatic mission. It’s a charade of E(nglish), the title of a girl and AR(m)Y with M(aiden) cut out.

18d  Like some psychology I read — fun surprisingly (8)
{FREUDIAN} – an anagram (surprisingly) of I READ FUN defines a psychological theory. This has a slip associated with it which describes an error when you say one thing but mean your mother.

20d  Little bird was first to be given name (6)
{TITLED} – this is a charade of a small songbird and a verb meaning was in first position (in a race, say).

22d  The mourning garb he discarded — rough woollen clothes (6)
{TWEEDS} – put together THE (given to you in the clue) and mourning garb associated with widows, then discard HE.

24d  The Queen in Ireland (4)
{ERIN} – a literary name for Ireland is the way the Queen initials a document followed by IN.

The clues I liked included 23a, 13d and 18d, but my favourite today was 5d. Let us know what you liked in a comment!