Toughie No 453 by Osmosis

Hints and tips by Bufo

I made very hard work of this and feel obliged to give it 5 stars for difficulty. I don’t know whether it is that difficult or whether I was just out of sorts. After being stuck for quite a time I needed a second cup of tea to get the brain functioning again and then finished it fairly comfortably.

1a    Python head constricts arm, exterior going redder? (10)
{PALINDROME} – A member of the Monty Python team is followed by a word for head surrounding R (arm, exterior going) to give a type of word of which “redder” is an example

12a    ‘Singer in arrears regularly’ cited property agent for Jackson, Miss? (7)
{REALTOR} – The highest male voice goes inside alternate letters of arrears to give the American equivalent of an estate agent (as found in Jackson, Mississippi)

14a    Oil spilling tester that’s filmed across the Atlantic (6,6)
{SESAME STREET} – A plant cultivated for its seeds which produce an edible oil is followed by an anagram (spilling) of TESTER to give an American kids’ TV program, the home of Elmo, Big Bird and the Cookie Monster

18a    Aim to restrain party arguing (2,10)
{IN CONTENTION} – a 9-letter word for aim contains a 3-letter abbreviation for a political party

23a    Woman collects copper, rings etc (3,2,2)
{AND SO ON} – “Etc” is the definition. A woman’s name surrounds a Detective Sergeant (copper) and two rings (circular letters)

24a    Half-naked chef in The Sun, canoodling — most immoral (9)
{UNHOLIEST} – The first half of the surname of a well-known celebrity chef goes inside an anagram (canoodling) of THE SUN to give “most immoral”

25a    Personnel get soaked by flipping green paint (5)
{OCHRE} – I struggled with this one. Human Resources (Personnel) goes inside the reverse of a word meaning “showing concern for the environment” to give a paint

27a    Rats scurried round in drainage system for skyscraper (5,5)
{SEARS TOWER} – An anagram (scurried) of RATS + O (round) goes inside a drain to give a Chicago skyscraper which was once the tallest building in the world [This was the subject of a question on Eggheads yesterday – it’s now called the Willis Tower.  BD]

3d    Virtually blue area where punches make contact? (4,3,7)
{NEAR THE KNUCKLE} – A phrase meaning “on the verge of the indecent” is given by part of the hand used in punching

4d    Gossip about work, stirring up great upset (9)
{REPORTAGE} – RE (about) + OP (work) reversed + an anagram (stirring up) of GREAT gives gossip 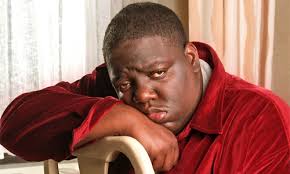 7d    Roger avoids the frisky playing that’s often seen on keyboards (5,3)
{SHIFT KEY} – An anagram (playing) of THE F(R)ISKY (Roger = R as used in signalling and radio-communication) gives something seen on computer keyboards

9d    Royal phrase edited out, with minor rumbling (4,2,3,5)
{DIEU ET MON DROIT} – An anagram (rumbling) of EDITED OUT MINOR gives the motto of the British Monarch 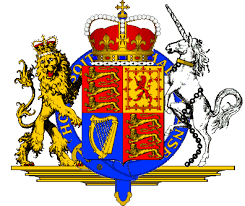 16d    Remove from photos groom’s partner perhaps, after husband separates (8)
{AIRBRUSH} – Remove H (husband) from the front of an item that someone grooming might use. This gives a word meaning “to touch up a photograph”

17d    Woman’s after casual footwear, facing hot day (8)
{SCORCHER} – Reverse (facing?) a make of casual shoes (which many regard as comfortable and colourfully decorated but others see as a fashion disaster) and then add “woman’s”. This gives a hot day

19d    Absentee eats nothing, getting weak (2-4)
{NO-SHOW} – A word for food (from the Yiddish) is followed by O (nothing) + W (weak) to give a person who doesn’t turn up for something they had booked

22d    French cuisine toady, needing drop of espresso to shift (5)
{CREPE} – Take a word for a toady and shift an E (drop of espresso) to the end of the word. This gives a thin pancake

It took a long time to do but I only rate it average for enjoyment.