As is usual for the weekend prize crosswords, I will select a few of the better clues and provide hints for them (a few more than usual this week!).

A full review of this puzzle will be published on Friday, 5th November.

12a         Prattling away in happy band (10)
This word meaning prattling away is a charade of happy, as was Noel Coward’s Spirit, and a band 15a         Make smaller number of spades, for example (8)
A word meaning to make smaller could also be a bid of six, or any other number from one to seven, spades 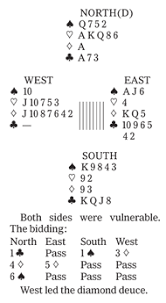 26a         After one, late listening broadcast for highbrows (14)
After I (one) put an anagram (broadcast) LATE LISTENING to get these highbrows

1d           Intimidate cast in accommodation not fit for pigs? (7)
A charade of synonyms for to intimidate and to cast gives this accommodation for different farm animals (not pigs) 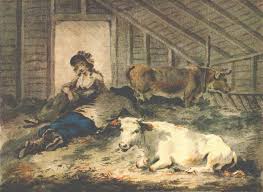 16d         Crazy over a girl recollected in old song (8)
A synonym for crazy is followed by ( in a down clue) over an anagram (recollected) A GIRL to get part-song for several voices, especially one of the Renaissance period, typically unaccompanied and arranged in elaborate counterpoint

23d         Flair coming from France, or from Ireland (4)
This, originally French, word meaning flair is hidden inside the last word of the clue