Greetings from the Calder Valley and we have probably the toughest Toughie for quite some time to work with today. The sense of pride and achievement in entering the last answer is something I shall remember, for, gentle solver; this was a seriously nasty beast. Indeed I was tempted to give it a lot more stars for difficulty!

As much as I am a long-time admirer (and close friend) of Elgar, I wonder whether this may alienate a few solvers. I sincerely hope not. However I rather suspect that a great many solvers will not crack this or stare at it for a while and give up, which is a great shame for there is much to be admired in the puzzle. The usual fine cluing is here but there is a twist in that due to the theme, several answers are not normal phrases you would find in a dictionary. I don’t propose to explain the gimmick here yet, but instead I am going to post a link which will take you to the Wikipedia page for “Don”. I should point out it is nothing to do with our normal Friday setter, in case you were thinking!

I liked a number of the clues, especially 17 down and 19 down which made me laugh.

So if you want a link to the theme to today’s puzzle, click here:- http://bit.ly/ElgarsDon

As usual, I’d love to hear your comments and you can rate this puzzle with the star system as well.

1a & 23a    Don’s toast due, having no quarrel with Ode to Skylark (3,5,3,4)
{OUR QUEER OLD DEAN} One of our theme’s most celebrated utterances, this clue comprises an anagram of DUE NO QUARREL and ODE, with “to Skylark” being the anagram indicator. The definition is “Don’s toast”. At first, having used the link above, I had “THE” as the first word, which held me up. An alternative link to the utterances (http://bit.ly/ElgarsDon2) showed me the correct entry.

11a    Vegetable hoax with sin covered over (7)
{SKIRRET} This is a container clue, a little jazzed up. Basically our setter is asking us to come up with a word meaning hoax, or a little lampoon and this “covers”, i.e. surrounds a word meaning to sin, but this word is reversed, shown by “over”. The wordplay here is perhaps a little forced, but it does make for an amusing surface reading.

12a, 5a, 25d & 10a    Don’s accusation may duly value chemistry less, so they’re off (on 16)! (3,4,6,3,2,7,8)
(YOU HAVE HISSED ALL MY MYSTERY LECTURES} Another of our subject’s utterances, which when seen in full concludes with the words at 16 down! An anagram, indicated by “off” of MAY DULY VALUE CHEMISTRY LESS SO THEY’RE leads you to this one. These are difficult to decipher as you are always tempted to be searching for the correct version rather than the themed version, if you get my drift.

13a    Reached reduced frequency, zero up till now (8)
{HITHERTO} A word sum. A definition of reached + a scientific unit of frequency, which is curtailed (shortened) + a letter used to signify zero. All this put together gives a word meaning up until now.

15a    All players expressed disapproval over it (5)
{TUTTI} Another word sum. A musical term meaning “all players” is found by taking an expression of disapproval, usually doubled in common speech, and adding IT reversed (“over”)

18a    Thiefspeak: ‘Take up career as a painter’? (5)
{ARGOT} An unusual clue which is a form of charade or pun, I suppose, The definition is “thiefspeak”, i.e. the language used by the criminal fraternity. If you followed the advice in the clue, you would GO into ART, hence….

20a    Pageless exchanger of back or front two pads (8)
{FOREPAWS} Think of a word meaning “one who exchanges” (Noel Edmonds was a multi-coloured one of these in his shop!) and remove a P (for page), then add the word OF and reverse it. This will give you a word for the front two feet of a four-legged animal

25a    Youngster’s going through poster in magical rubber (7)
{ALADDIN} A nice clue which loosely could be said to provide an all-in-one definition, although “magical rubber” (geddit?) is the cryptic definition. A word for a young man goes inside a short word for a poster and add the word IN, to get someone who needed genie-us!

26a    Don’s lord remains with nothing against fire in room, and nothing to forgive on leaving (1,7,7)
{A SHOVING LEOPARD}, Remember that our Don was also a clergyman, so you can work out who Don’s lord was, perhaps Psalm 23 might give you a more blatant hint! Here we have a word sum. A word for “remains” + nothing (see above) + An abbreviation for “against” + a five-letter word for a fireplace (a Scottish word) + another “nothing” + a word meaning to forgive without ON, its last two letters.

27a    Titan effort, finally? Finally! (2,4)
{AT LAST} A name for one of the mythological Titans (who shared his name with the surname of someone who offered you the chance to have a body like his!) and add T, the last letter of effort. This gives you a word meaning finally.

28a    What’s to beat the corporation? Any MP scheming on the inside (8)
{TYMPANUM} Another amusing clue. “What’s to beat” is your definition and you should think of percussion. The corporation refers to a part of the body given as a colloquial word in Chambers Thesaurus. Inside this is an anagram (indicated by “scheming”) of ANY MP.

Off to mainline some Wincarnis and a readjustment of the straitjacket. Back in a few with the downs!

1d           Diffuse ratings take this writer apart (6)
{OSMOSE} – (Naval) ratings are Ordinary Seamen and the writer is ME.  Although it says that ratings “take the writer apart”, my thoughts are that that indicates MOSOSE, however I think Elgar is saying that “each rating takes a bit of the writer” hence one OS takes M and the other OS takes E.  I think.  Nurse! More brain medication please!

3d           Find two heavenly bodies from Venus together, one losing top! (7)
{UNEARTH} – Two things you could see if you were standing on Venus looking up.  The first needs to lose its first letter and when joined to the other it reveals a word meaning find, or reveal!

7d           Astronomer Royal’s heading up country (5)
{SYRIA} – Go through your list of Astronomers Royal, and you will come across an ancient one with the first name George.  Add S as in the clue and reverse him (“heading up”).  That will give you the name of a country in the Middle East.

14d         Lunatic fringe marauding in requiring clarification (8)
{REFINING} – An anagram (lunatic) of FRINGE marauds (surrounds) IN to give you a word meaning making clarification.

16d         Don’s method of banishment from the City shut Northern 24 in wagon (4,5)
{TOWN DRAIN} – Our Don finished his quotation from 12a, 5a, 25d & 10a with a phrase that you arrive at by taking a word meaning shut (as in “the door is this”, meaning just about closed) and add to it the word used by John Constable for his (silage) wagon around N(orthern) and the doctor from 24d

17d         Batty parents obscure the view (8)
{PANORAMA} – Like this very much.  Think of a lady from Last of the Summer Wine called Batty and surround her with the short names for two parents.  That will give you a word much used in crossword puzzles meaning a view. 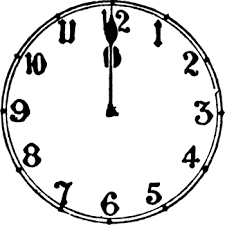 24d         One graduated screw top sealing brown sauce (5)
{DPHIL} – This threw me for a while as I thought the answer I had was (1,4).  However The Big Red Book told me it can be a five-letter word.  “One graduated” is the definition and the word for a top of something surrounding a famous brand of brown sauce, all reversed (screwed).

A really difficult challenge today and big thanks to Elgar for his endeavours.  I hope you will perhaps use a few hints and go back and enjoy the puzzle, but it is a bit of a tough solve.

I leave you with an expert on the theme…….