A full review of this puzzle will be published on Friday, 22nd October.

22a         After US resort, revised parts of voyage – they’re not long in Bermuda (7,4)
There appears to be a rare error from the Maestro here – an anagram (revised) of US RESORT is followed by parts of a journey to get a reference to Bermuda shorts, as long as you ignore an S in the anagram fodder

23a         Beginning from two, ends in one or low digit (3)
The first letter (beginning) of Two and the ends in OnE give a digit on the lower part of the body 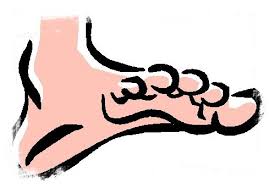 5d           Pathetic theatrical part I fit (8)
A word meaning pathetic is a charade of the part of a theatre occupied by the orchestra, I and a word meaning fit

8d           Batting quietly under strain perhaps, in stubborn fashion (14)
Start with the word used to describe the player that is batting (before he gets out!) and then put a  synonym for quietly after (under as this is a down clue) an anagram (perhaps) of STRAIN to get a word meaning in stubborn fashion