The usual entertaining puzzle from Jay, although I do have a few minor niggles.

10a    During which one is almost sure to be turned over? (10)
{SOMERSAULT} – a semi-all-in-one clue in which an anagram (turned over) of ALMOST SURE gives an action during which one turns over

11a    Burnt residue on bottom of grim food (4)
{MASH} – burnt residue comes after the final letter (bottom) of griM to get some food – does “bottom of” work on an across clue? Maybe 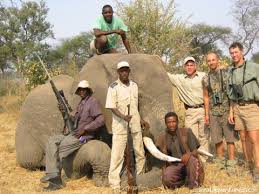 15a    Charming woman accepting setter overweight? (5,6)
{FEMME FATALE} – an irresistibly attractive woman is derived by putting a woman around (accepting) the first person objective pronoun (setter / person compiling the crossword) and a word describing someone who is overweight – I don’t think this works as an all-in-one and, if not, then “woman” is doing double duty 26a    Free of traffic ahead — explain (5,2)
{CLEAR UP} – a charade of a word describing that the road is free of traffic and a synonym for ahead gives a phrasal verb meaning to explain a misunderstanding

1d    Sally’s grave letters — love the way she finishes (7)
{RIPOSTE} – a sally or retort is a charade of the letters you might see on a grave, O (love), an abbreviation for a way and the last letter (finishes) of shE

3d    The sort of words that won support for artist? (6)
{WEASEL} – these evasive or misleading words come from W(on) and a support for an artist

6d    Material seen through glasses, reportedly (7)
{PERSPEX} – this proprietary thermoplastic resin of exceptional transparency is a charade of a word meaning through followed by a homophone (reportedly) of a pair of lenses for correcting the eyesight (glasses)

13d    Believe the joker could be plastic (6,4)
{CREDIT CARD} – a charade of to believe and a joker leads to your flexible friend

16d    Crown Derby manufacturer (8)
{MILLINER} – a hat has a crown and a derby is an American bowler hat, so we need someone who manufactures hats – this doesn’t work for me, and should at the very least have a question mark at the end

17d    Report complete support for crucial type of surgery (7)
{KEYHOLE} – a homophone of a word meaning complete comes after (support for, as this is a down clue) a synonym of crucial to get surgery performed through small incisions

18d    Month with zero spirit, and total propriety (7)
{DECORUM} – a charade of the shortened form of the last month of the year, O (zero) and a spirit gives total propriety

While I smiled at 9 down, I have more than the usual number of niggles for a Wednesday puzzle – what do you think?