1a    Feeling left following smack? (10)
{AFTERTASTE} – the feeling left after eating or drinking is a charade of following and smack or flavour

6a    Collar half of hooligans (4)
{RUFF} – a frill worn round the neck, especially in the Elizabethan and Jacobean periods, is half of some hooligans

11a    Dish one might have if a recess is planned (9)
{FRICASSÉE} – a dish of fowl, rabbit, etc. cut into pieces and served in sauce is an anagram (planned) of IF A RECESS

12a    Sort of degree awarded for penalty skills (4,4)
{FINE ARTS} – a university degree subject that is a charade of a penalty and skills

17a    Pair of sailors beginning to exhibit sauce (7)
{TARTARE} – take a synonym for a sailor, repeat it and then add the first letter of (beginning to) Exhibit to get a a mayonnaise dressing with chopped pickles, olives, capers, etc.

19a    Crew member plus drink equals surrender (5,2)
{HANDS UP} – a charade of a crew member and to drink gives what you do when you surrender

29a    Departed after time expected (4)
{LATE} – there are three definitions here! – departed or dead, after the time expected, and the whole clue 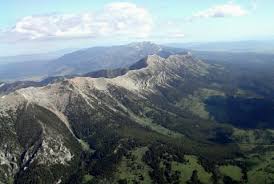 5d           What to wear for some tennis following match? (7)
{TWINSET} – a cardigan and jumper made more or less to match (what to wear) comes from series of games of tennis after a match or clone – a little weak as the clothing is so called because it matches

20d         Calm down, seeing volunteers back in position (7)
{PLACATE} – a word meaning to calm someone down is derived by putting the Territorial Army (volunteers) reversed (back) inside a position

No particular favourites today.  A few minor quibbles about the duplicated use of indicators, but nothing serious.