As I was going to Strawberry Fair!

I was wondering what theme MynoT was going to use next, and early clues led me to think it might be astronomy. It turned out to be something totally different! 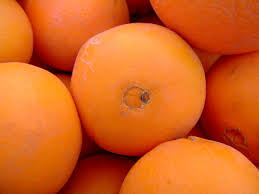 9a    Masculine one left in trouble for America (5,3)
{UNCLE SAM} – an anagram (in trouble) of MASCUL(I)NE without the I (one left) gives the United States or its people

11a    The pains suffered to be extra, maybe (8)
{THESPIAN} – an anagram (suffered) of THE PAINS give someone who could be an extra in a play

16a    Choice young feathers? (4)
{PLUM} – a choice is found by removing AGE from the end of feathers 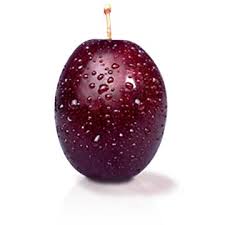 18a    Artist in chalet in trouble concerning a bit of neck (8)
{TRACHEAL} – put an artist inside an anagram (in trouble – again!) of CHALET to get a word meaning of the windpipe

19a    Good bird at home (most thematic) (8)
{GREENEST} – a charade of G(ood,) a female ruff and that bird’s home give a word meaning most thematic, referring to the theme of this puzzle

24a    Climber returns having lost a spike (4)
{NAIL} – take a climbing plant, drop the final A (having lost A) and reverse (returns) to get a spike

1d At extreme point start to loosen and rouse to ecstasy (5,3)
{LAND’S END} – the extreme south-westerly point of the British mainland is built up from the first letter of (start to) L(oosen) with AND followed by a word meaning to rouse to ecstasy

2d Time I have for the Spanish city is optional (8)
{ELECTIVE} – put T(ime) and I’VE (I have) after EL (the Spanish definite article) and the postcode of the City of London to get a word meaning optional, typically applied to surgery

3d Old city has Samuel wearing gold stars (4,5)
{URSA MINOR} – a charade of an old city, SAM(uel) IN (wearing) and gold gives a constellation which includes the pole star 4d Truffles, perhaps, provided to one jazz fan in first of front rows (15)
{FRUCTIFICATIONS} – fruit-productions (truffles, perhaps) come from IF (provided) I (one) CAT (jazz fan) inside the first letter of F(ront) and rows or disturbances

6d Is French quartet in West Country river celebration? (8)
{FESTIVAL} – Put the French for is and the Roman numerals for a quartet inside a Cornish river to get a celebration

16d Put one in for staple food (8)
{PLANTAIN} – a charade of to put, A (one) and IN leads to a staple food in some tropical countries

17d Mouse and cat on railway produce variety of 19 down (8)
{MUSCATEL} – a charade of a common house mouse, CAT and an EL(evated) railway lead to a variety of 19d

18d Cross, gets to embracing heavenly body (7)
{TANGELO} – a fruit that is a cross between two others comes from TO around a spiritual being (heavenly body)

If you enjoy a challenge then you should have loved this one!