A reasonably straightforward puzzle from Messinae today, with a few military and nautical references, but not enough for it to be a theme.

4a    Cut cross in time of Christ (8)
{ABRIDGED} – a synonym for cut or shortened is constructed by putting a word meaning to cross, a river for example, inside Anno Domini (time of Christ)

11a    Dead men’s fingers perhaps gripping opening of body (9)
{CORPOREAL} – dead men’s fingers, apart from being the poisonous parts of a crab, are a soft variety of a rocklike substance of various colours deposited on the bottom of the sea – put this substance around (gripping) the opening of a sweat gland to get a word meaning of the body 14a    Captain overdoing the rum ration might manage well (3,1,5,4)
{RUN A TIGHT SHIP} – this could be what might happen if the Captain issued too much rum to the crew, but it actually means to manage well

17a    Perhaps surgeon in Scottish island left cap (13)
{INTERNATIONAL} – run together a resident assistant surgeon, where you might be if you were in a Scottish island off the coast of Mull and L(eft) to get a sportsman (cap) who has played for his country

23a    Eating? Having stomach ache I’d backed out (9)
{INGESTION} – a word meaning eating is created by removing (out) DI (I’D backed) from a stomach ache

24a    Nelson commonly entertains soldiers in musical performance (8)
{ORATORIO} – take a shortened form of Lord Nelson’s first name (Nelson commonly) and put it around (entertains) Other Ranks (soldiers) to get a large-scale musical work for orchestra and voices – a bit of licence is taken by dropping the initial H and saying that is a “common” version of the Admiral’s name; I can find nothing to support this 1d    Widow got old flame going keeping cool at first (6)
{RELICT} – an archaic term for a widow, seen these days on gravestones from Shakespeare’s time, is created by putting a word meaning got an old flame going again around (keeping) the first letter of Cool

2d    Old soldier restarted conflicts (6,3)
{DESERT RAT} – a soldier of the 7th British armoured division in the North African desert campaign of 1941–2, whose cap badge featured a jerboa, is an anagram (conflicts) of RESTARTED 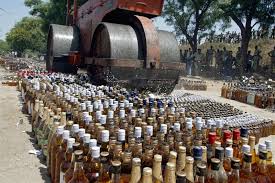 7d    German ready to complain (5)
{GRIPE) – combine G(erman) and a synonym for ready, when applied to fruit, gives a word meaning to complain

8d    Sample of band’s work put down without a piano (4,4)
{DEMO TAPE} – a sample of a band’s work, as submitted to a record company, is derived from a word meaning to put down around (without) A P(iano)

16d    Part of costume from comic opera, fine for the most part (8)
{PINAFORE} – a collarless sleeveless dress worn over a blouse or jumper (part of a costume) is another clever anagram (comic) of OPERA FIN(E), with surface reading alluding to Gilbert & Sullivan 22d    Terence perhaps put foot down hard (5)
{STAMP} – the surname of the actor known for, among others, The Collector and Far from the Madding Crowd also means to put one’s foot down hard

One or two good clues today, my particular favourites being the clever surface reading that accompanied the anagrams at 10a and 16d.