It was nice to get going on this typical Rufus puzzle after my earlier brush with DT 49.  I had missed the wonderful cryptic definitions that are to be found here.

9a Gloss over backward barrister breaking a rule inadvertently (7)
{LACQUER} – a word meaning to coat with gloss comes from QC (barrister) reversed (backward) inside an anagram (inadvertently) of A RULE – I did like this anagram indicator!

15a Agents get sealed orders (9)
{DELEGATES} – these agents are an anagram (orders) of GET SEALED – admire the wonderful surface reading; this is how to write an anagram as a clue!

17a Drags Irma out for the carnival (5,4)
{MARDI GRAS} – an anagram (out) of DRAGS IRMA gives the French carnival called “Fat Tuesday”

19a The top decoration for the Pope (5)
{TIARA} – a cryptic definition of of the headgear worn by a Pope, or a Lady

22a This said, repair is immediate (5)
{LEAST} – a play on the idiom LEAST said, soonest mended 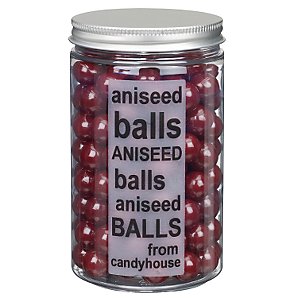 26a College crowd (7)
{TRINITY} – a double definition based on Trinity College (there a quite a few of them!) and “three’s a crowd”

3d Adjoins, yet put in as an extra clue (5)
{ABUTS} – a word meaning adjoins is also defined (an extra clue) by BUT (yet) inside AS

7d Fire — or part of one (7)
{ELEMENT} – Earth, Air, Fire and Water were the elements of earlier civilisations, and it can also be a bar on an electric fire

14d Quite vain, to be blunt (9)
{POINTLESS} – a double definition in which we have vain, as in a vain or pointless attempt, and blunt, as in having no sharp point

16d Place to finally fight terminal depression (4,5)
{LAST DITCH} – the final place in which to fight is a charade of LAST (terminal) and DITCH (depression)

18d Sell genuine ones over end of June (7)
{REALISE} – here REALISE, as in to realise one’s assets, is built up from REAL (genuine) and I S (ones) over (because it’s a down clue) E (end of JunE)

20d A row outside the Spanish workshop (7)
{ATELIER} – put A TIER (a row) outside EL (the, Spanish) to get a workshop or artist’s studio – if this is a new word for you then remember it as it is sure to come up again being, the only word that fits the pattern A?E?I?R

Now on to finish reviewing DT 49!